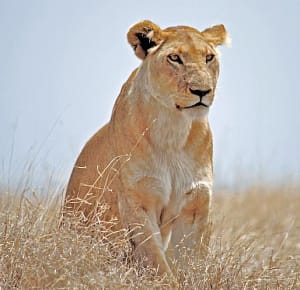 Answers to Wildlife Safari FAQs posed by our outstanding guests.

Booking a safari with Tanzania Wildlife Safaris is safe or not?

This question is one of the top Wildlife Safari FAQs. Our Tanzanian partner company holds a TALA License and is a recognised member of the Tanzania Association of Tour Operators (TATO). It is also authorised to run safaris by the Tanzania Tourism Licensing Board (TTLB).

You can make payments to our bank account with complete security and assurance. On receipt of a safari confirmation, you will receive information about bank transfers to the bank account.

How long does a safari last?

If you're short on time, only fly one way. Do not rush. In Tanzania, distances might be misleading because only the main roads are asphalt. Allow for a usual speed of 70 km/h when travelling straight. The maximum speed allowed in the Parks is 50 km/h.

When is the best time to view the Serengeti migration?

There is no absolute rule. The northern circuit of Tanzania is often fantastic throughout the entire year, though we do not advise travelling there from late March through the end of April due to heavy rains.

Driving may become a little slower, and cars may become stuck. However, the vast herds of zebra and wildebeest in the southern Serengeti can also be seen at this time, which is exceptional. Another advantage is that hotel rates are 10 to 15 per cent lower now (not including the Easter season).

Mid-July to the end of August and mid-December to mid-March are the two busiest travel seasons.

Which national parks are worth visiting?

Every park has the same atmosphere. Every time you visit a park, something fresh will always be there. Some, however, will have seasonal variations in the number of creatures that can be sighted. Depending on the local weather, the periods shown below may change considerably. In some instances, there may be a six-week difference.

Tarangire: July to late October is a fantastic time to visit since there are many elephants.

South Serengeti: January through May is a great time to visit. Herds in great numbers on the Plain.

A great time of year to go on a wildlife safari in Serengeti North is from July through October.

The best time to go on a wildlife safari in Serengeti West is from July to October.

June, July, November, and December are all excellent months to go on a wildlife safari in Serengeti Central.

Lake Manyara is excellent all year long. Extremely varied ecosystems. An abundance of birds from April through June. Elephants are plentiful.

The entire year is a great time to explore Ngorongoro Crater. However, moving a car could not be accessible during the wet season.

The timing of the wildebeest migration is not ideal, and this is due to the fluctuating weather. If you want to know where the current migration is or will be during your safari, kindly ask us.

What is the environmental history of Tanzania?

National parks, wildlife reserves, forest reserves, and other protected areas cover more than 31% of Tanzania's land area. 16 National Parks have not yet been listed.

The Game Reserves permit animal videography, primarily by foreigners who enjoy doing so. Usually, game reserves serve as a barrier between residents and national parks. These areas, which are close to national parks or game reserves, are typically abundant in animals.

The National Parks are concerned about poaching. Some better hunting outfits are excellent at raising awareness of wildlife and the community.

Be considerate of the people observing the animals and the creatures you see. When animals are barely 100 metres away, do not make sudden movements in the car or get out. If you decide to exit the vehicle, proceed with extreme caution as you search the tall grass for any concealed creatures. A lion or hyena should not be startled.

Wildlife Safari FAQs by Our Guests

Do wild animals pose a threat?

Actually, no. If an animal is within 100 metres of your car, stay inside. You will rarely face a dangerous circumstance, but if you do, it will be entirely out of the blue. Animals can move quickly, so avoid attempting to outrun one back to the car or straying too close to the edge of a marsh if crocodiles are nearby.

Follow your guide's or the ranger's instructions if you are out on a walk. Possibly the most hazardous animal is the buffalo. Hippos can also be dangerous, especially if you find yourself in their path or near the river.

Although lions are rarely dangerous, a lioness will never pose a threat to her young. Hyenas will eat just about everything, so never leave any belongings, particularly shoes, outside your tent.

Animals will be wandering around in some of the permanent campgrounds at night. As long as you remain in your tent, there is no threat from them. Others might watch them, so don't occupy their attention.

Tanzania, is it safe?

Since gaining its independence in 1961, Tanzania has enjoyed political stability. A terrorist incident targeting American Middle East policy was the bombing of the U.S. Embassy in Dar es Salaam. Northern Tanzania experienced a few robberies committed by Somali robbers in 1998.

However, the government acted quickly; since then, there have been no occurrences involving Somalia. Take the usual safety precautions. There are travel advisors on hand. Some of them, namely the ones coming from the USA, seem to have mistrust for the locals.

What is the quality of Tanzania's permanent camps and lodges?

Lodges: Several big hotel chains run operations in the national parks. To get the best prices, we advise making reservations with us.

Located in the Serengeti, Ngorongoro, Manyara, Arusha, and Zanzibar are Serena Lodges.

The Serengeti, Ngorongoro, and Tarangire each have a Sopa Lodge.

Hotels and lodges are in Zanzibar, Lake Manyara, Ngorongoro, Lobo, and Seronera.

Permanent Camps: While some maintain the feel of a traditional camp, others resemble tented lodges. They are cosy, reasonable, and environmentally friendly. These are sizable, independent tents with an unassuming bar and dining area. Examples include the Lemala Camps Group, Ang'ata Camps, Nasikia Camps, Tanganyika Wilderness Camps, and Kuhama Camps Groups.

Large, self-contained tents with a bar and eating area are tented lodges.

Malaria and sleeping sickness are present in Tanzania?

Unfortunately, yes to both. A particularly aggressive malaria strain is prevalent in Zanzibar and the interior coast. Before and after your appointment, take your medication. For guidance on the newest medicines, consult your doctor.

Malaria symptoms include occasional flu-like pains, chills, fever, a high body temperature, vomiting, and diarrhoea. Tell your doctor if you experience these symptoms after travelling to a malaria-prone location.

Sleeping sickness or Trypanosomiasis is uncommon. Tsetse flies are present in most national parks, and sleeping sickness is rare. The National Parks have installed tsetse fly traps alongside the major roadways. The surprises don't harm birds or other creatures that might eat the insects they catch.

What level of expertise do the driver-guides possess?

Good. The driver guides have extensive knowledge of Tanzania's numerous tribes, animals, birds, and plant life. They are happy to talk about social and political issues. Tanzanians will speak to you about their nation's politics because they are typically politically astute. Every driver has a basic understanding of mechanics.

We sincerely hope that the answers to the Wildlife Safaris FAQs have clarified our esteemed guests' usual queries. If not, you may kindly send us an email with your queries, and we shall be pleased to answer.